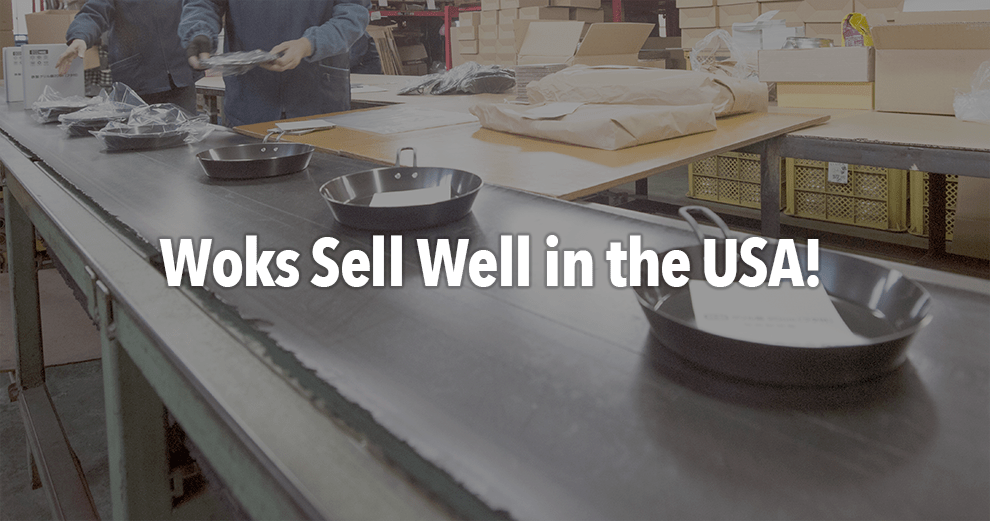 The Third President's Determination for a Long-established Metalworking Shop

For those who didn’t know, Niigata Prefecture's Tsubame Sanjo is not only known as a metalworking town, but it's also an area with a lot of Alibaba Gold Supplier customers. The area isn't well suited to rice cultivation due to the Shinano River's habit of flooding and the history of Tsubame Sanjo's metalworking, originating in the Edo Period, seems to have begun when the farmers took up fishing as a side job. After that, the number of products they made expanded to include copperware and metal tobacco pipes called kiseru, leading to an opportunity to manufacture metal western-style eating utensils at the end of the Meiji Period, resulting in the development of the metalworking industry.

The town gathered a lot of international interest, and the Ministry of Foreign Affairs' Japan House project, aimed at promoting the charm of Japan overseas, has finalized plans to collaborate with Tsubame Sanjo in the autumn of 2018.

The focus of today's article, SUMMIT KOGYO CO., LTD., has been a fixture of Tsubame city's metalworking scene for more than 60 years. The current company president, Kenichi Mineshima, inherited the business in July of 2008, making him the third proprietor since its establishment. Right after taking the reins, Mineshima had to weather the danger of 2008's post-Lehman Brothers financial crisis, and we asked him how he plans to go forward as president and what kind of attitude he's looking for in a successor.

In 1947, SUMMIT KOGYO CO., LTD. started business under the name Mineshima Cutlery and manufactured, as the name implies, western tableware, but around 1973 they began to make pots, and changed the company name to SUMMIT KOGYO CO., LTD. after making a serious shift towards pot making. Currently, they're focused on woks, but also make between one and two hundred different items, including pots and pans such as tempura pots, Dutch ovens, and tamagoyaki pans. 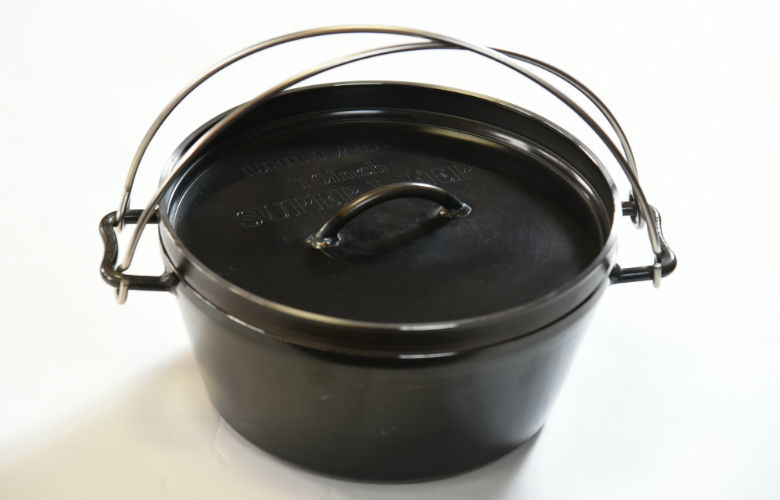 In 1947, SUMMIT KOGYO CO., LTD. started business under the name Mineshima Cutlery and manufactured, as the name implies, western tableware, but around 1973 they began to make pots, and changed the company name to SUMMIT KOGYO CO., LTD. after making a serious shift towards pot making. Currently, they're focused on woks, but also make between one and two hundred different items, including pots and pans such as tempura pots, Dutch ovens, and tamagoyaki pans. Kenichi Mineshima replaced the previous president and took the reins of the company in July of 2008. Immediately afterwards in September, the financial crisis hit and precipitated a long period of troubles where the company wasn't receiving new orders. Sales continued to decline through the next two years, and his sense that something had to be done to avoid looming danger grew daily. Most of their business was with longstanding partners, rather than through direct sales to consumers. Manufacturers can sell at lower prices if they sell directly to consumers, but with the obvious disadvantage of souring relations with their intermediary partners. As he was feeling stuck, reluctant to take the leap into direct sales, he had the idea to sell internationally, believing that the move would allow him to expand sales channels without stepping on their partners' toes.

It seems Mineshima first learnt about Alibaba from an unplanned phone call to their office, when he had never heard of the name and had a lot of doubts.

"Heh, I thought even the name Alibaba was weird, and kept wondering if things would really be okay, but I just had to take my chances and attend the seminar. At the time, it was any port in a storm."

At the seminar, Mineshima learned what the service offered and decided he'd go ahead, but without any international trade experience or English speaking employees, was he anxious about expanding overseas? 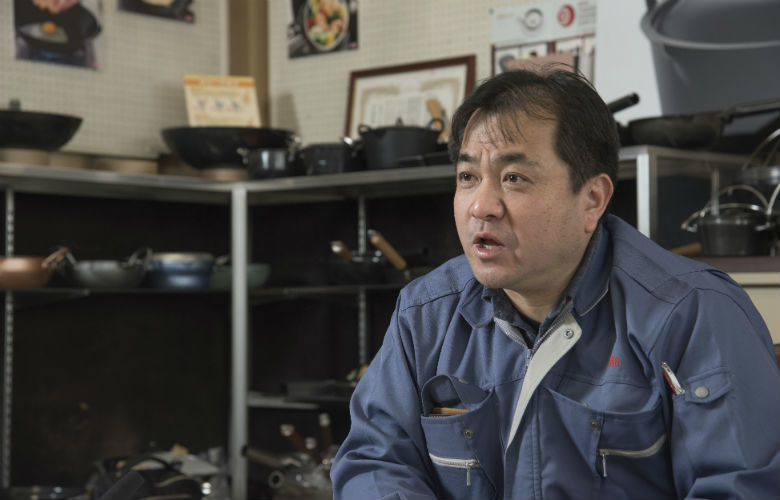 "Yeah, I felt like if I hesitated to think it over, I'd never go through with it. ...and if that happened, I'd lose the chance to get our foot in the door overseas. It might have just been down to my own judgment and determination."

A lot of companies change hands when the new president is between 35 and 40 years old, and it seems Mineshima had a lot of peers around the same age as him going through the same struggles. He felt driven to create something new and distinguish himself.

Although he'd finally gotten his start on expanding internationally with Alibaba, in the beginning it was far from smooth sailing. The first thing he started work on was to publish their product showcase. At first, he tried to do it alone, as the company president, buy his regular duties took up time and things weren't moving forward at all. He laughs ruefully, recalling that the two years where the project was basically left to its own devices. Just when he started to think of quitting, the manager on Alibaba's side told him something that stuck with him: "So, you've just flushed 2 years of money down the toilet. Let's keep going until we make it back. If you don't have the time, hire someone." Having things laid out like that, he decided he couldn't live with himself if he just quit, and started the search for a hire who could be entrusted with overseas operations.

The woman they settled on didn't exactly speak English, but she knew enough about the language to communicate in writing with the help of a dictionary. Because of her enthusiasm for working with contacts overseas, she was put in charge of publishing and answering inquiries to the company.

She learned to publish pages and furnish quick responses to inquiries, and requests for quotes and product samples started to increase little by little. When it came to samples, the company would send out a single one for free. Mineshima's goal was to show off the actual products and net buyers from those who liked what they saw, and the move paid off when orders started to come in.

Their biggest partners are located in the US and China. They were surprised to find out that their woks sold even in China, but they were also getting orders from American Chinese restaurant chains. 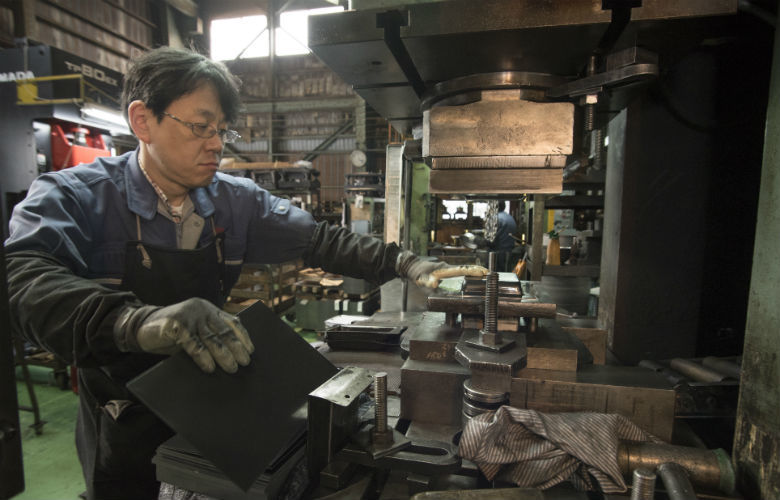 "Honestly, I think products made in Japan are more expensive. But a lot of people will still buy them because they conduct heat well, or are easy to use, or have a good shape design. We're sending out samples, so there seem to be a lot of people who decide 'This is the one we want,' after actually using the product for themselves."

Right now, their biggest seller is a type of wok known as a Mandarin style wok, but with the way the popularity of Japanese food has boomed in recent years, they'd like to try expanding sales of tempura pots overseas. Foreigners who come to Japan and try tempura might want to make it for themselves back home, so we could be seeing new demand. Making tempura requires care to avoid accidents, so they think including a detailed lecture on technique with the sale could help increase sales in the future. International development that includes instructions and know-how is going to be a subject matter going forwards.

Nowadays, the generation of children of Mineshima's supervisors, young people between twenty and thirty, are starting to move into the business world, doing collaborations with artists and proactively using social media, and he finds himself surprised by their creativity and the differences in their way of thinking. At first, he was even skeptical of the effectiveness of the Tsubame Sanjo Factory Festival, currently in its sixth year, but after seeing how both the number of participants and their level of enthusiasm has grown every year, he realized that even things that seem commonplace to him can inspire fresh emotion in people from different environments.

For visitors from overseas, Japanese manufacturing is one such thing. How will people from overseas react to our products? How will they judge them? He says it's important to go into overseas expansion genuinely excited to find out.

"In my case, the economy went bad right after I took over the company, and I couldn't manage to find a way to sell directly domestically, and I made the decision to start overseas in order to break through those issues, but today the economy isn't that bad, and the sense of looming danger might be a bit less dire. Even so, it's clear that things are gradually contracting. If you have even the smallest desire to advertise your products more widely, I think you owe it to yourself to expand your sights internationally. At least for me, I could sleep easier if I tried and failed than if I had to regret never taking action. I think the courage to take those leaps is what tomorrow's business leaders are going to need. 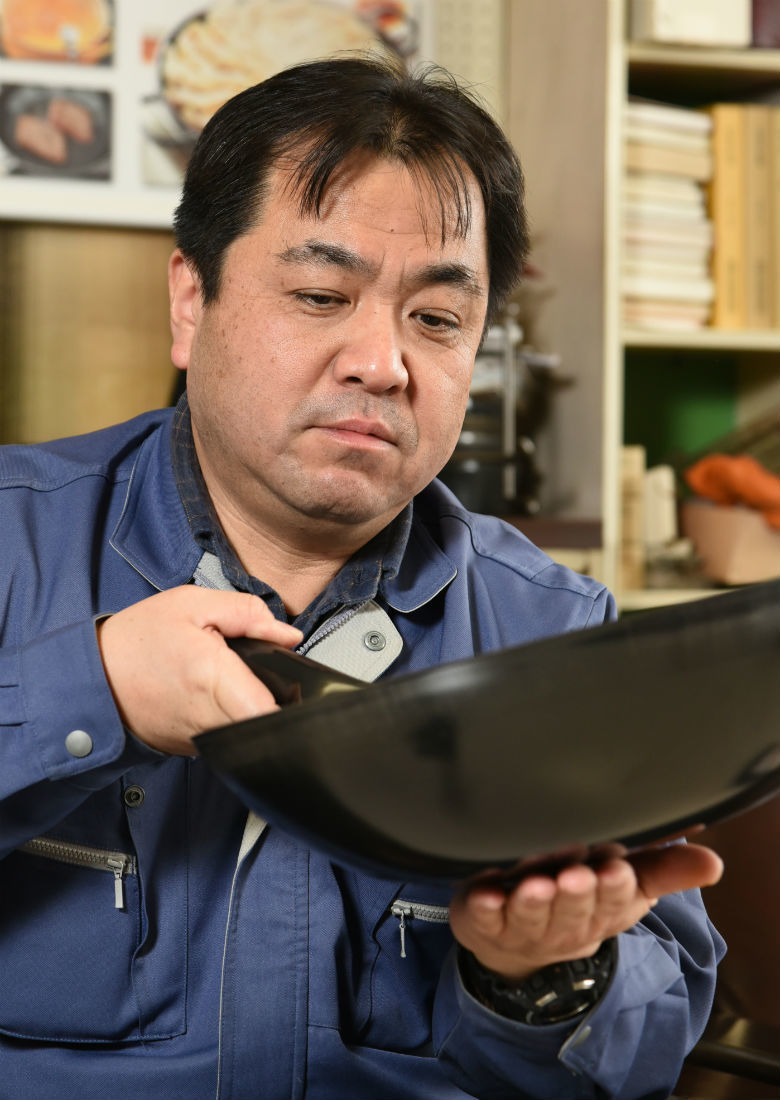 "I like this Mandarin wok the best, it's my favorite." Mineshima speaks passionately about the charms of his company's wok. His smile speaks to a genuine love for the products his company makes. He wants more and more people over the world to know how good their products are. Perhaps it's this sentiment which fuels his motivation towards his efforts overseas. 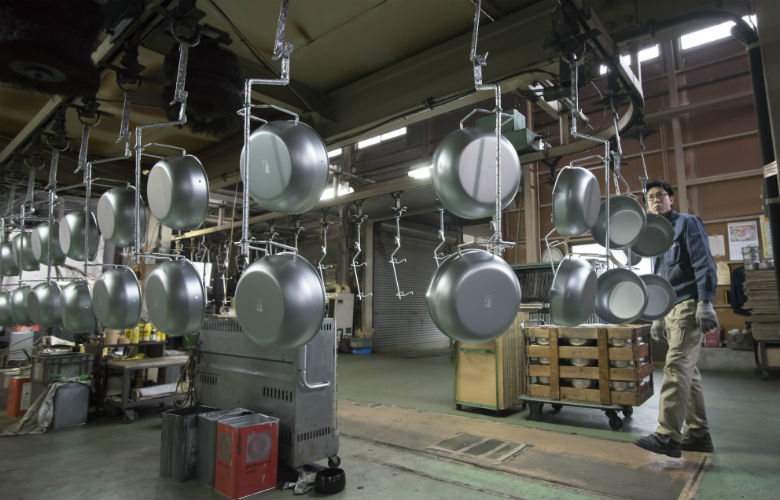 Founded in 1947, we are the leading manufacturer of iron pans in Japan. At present, we have a subsidiary factories, specializing in manufacturing iron pans, such as wok or frying pan or deep fryer.

With our excellent products and perfect services, we hope that we will establish long and friendly business relationships with you in near future. If you are interested in any of our products, or require any further information, please feel free to contact us today.