Due to the rise of consumer awareness, the world's organic markets continue to grow year after year. In Japan, organic products are often perceived as a niche market that only special people choose. However, in the United States, which is called an "organically developed country", the market reached 47 billion dollars in 2016. And companies who have succeeded in developing their business on a global scale are appearing.

This time, we are covering the IKEUCHI ORGANIC INC., a totally organic lifestyle company that handles everything from the manufacturing of textiles to their sales while achieving the maximum amount of safety and the lowest environmental impact.

The company was established in 1953 as the towel manufacturer "IKEUCHI Towel Factory" in Imabari City. In 2014 they modified their company name in order to announce what their direction was going to be from then on.

As an expression of their determination to pursue the safety of cotton, the raw material of towels, the company put out the following corporate guideline: "To create a towel that even a baby could eat by the year 2073 (the company's 120th year anniversary)". In order to deliver organic products that are friendly to the environment, safe, and comfortable, they have spent many years undergoing trial and error.

In 2014, they opened a company store in Minamiaoyama in Tokyo. They offer a place where one can experience the comfort of their products on their skin.

"Over the past one or two years, the number of young people who visit the store has increased, and I feel the way of thinking that says 'I want to use quality products for items I use daily' is spreading. And because these are items that you will use over a long period of time, you can check the feel of not just the new articles, but also the ones that have come out of the washing machine".

That is what Mr. Takeshi Mutaguchi from the public relations department told us.

Having experience as a web producer in a foreign capital economic commerce company, he entered IKEUCHI ORGANIC in July, 2015. He says it was because he wanted to be involved in Japanese manufacturing that pays thorough attention to detail. At the company store, you can choose the product that matches your preferences and scene in which you will use it, while receiving accurate advice regarding which product has good water absorbency, is long-lasting, has a steady and strong feel, is soft, and so on. It's not too rare that, while trying to choose a gift by comparing the feel of each product over and over again, customers end up charmed by the material's feel and buy some for their own homes.

While all of the company's products are cleared through strict environmental and organic certification standards, the company's vividly colored items and collaboration items with high designs catch the eye, distinguishing them from the unbleached (natural) cloth of other general organic products.

"While safety is guaranteed, the daily necessities add color to life and are made so that one can spend every day in comfort. Our company would like to move forward by being particular about design and beauty".

The company has been known for its passionate fans since its days as "IKEUCHI Towel".

The key to establishing relationships with customers is not only in how nice the products feel but also in consideration for the materials and manufacturing methods.

"International customers, in particular, have a wealth of knowledge when it comes to organic materials and the environment. And so quite a few of them hold an interest in our company's attitude toward pursuing organic materials, and our production process which uses wind power energy to weave the fabric". In order to survive in the towel industry that had been shrinking since the 1980s, IKEUCHI Towel, which had mostly engaged in OEM (production of other companies' brand products) until then, began to develop their own products.

At that time, the keyword they focused on was "environment". They listened carefully to the demands of customers who had a large interest in ecology, and what was produced after trial and error was the company's brand "IKT," whose concept is "Maximum safety and minimum environmental impact".

The "IKT" products, which were the first products by a Japanese company to win the highest award at the 'New York Home Textile Show' in 2002, were highly valued by the overseas market who had a large interest in organics and ecology. 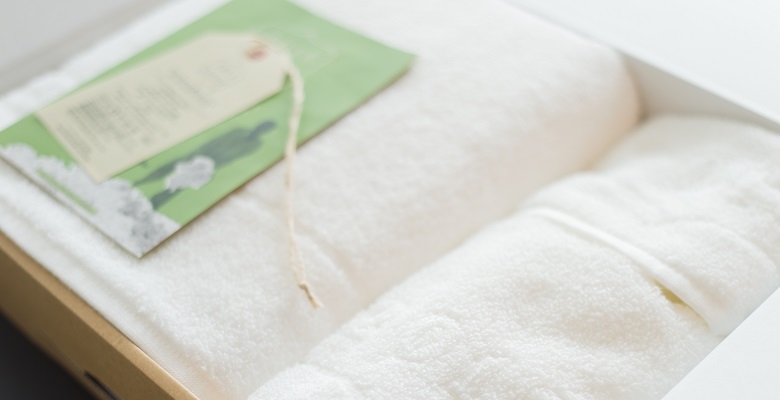 The year after winning the award that deepened their confidence in their decision to make their own products, IKEUCHI Towels fell into a position where they had to apply for civil rehabilitation, which was precipitated by a large number of their clients going bankrupt. After thinking long and hard, the company decided to put all of their efforts into the production of "IKT" products, which at the time only made up 1% of all proceeds.

They believed that what many customers would desire going forward were products that are safe and environmentally friendly, as well as products that allow customers to know who made them and feel at ease. Furthermore, the warm support by the fans of IKEUCHI Towels encouraged this, what some may say reckless, plan.

"Support sites called 'Do your best IKEUCHI Towel' were established on the Internet, and there were even times when letters and phone calls came in asking 'How many towels would I have to buy to keep the company going?'. I believe IKEUCHI, our representative, also felt that we could not give in and go bankrupt now."

At a critical moment for the continuation of its operations, the company re-evaluated its brand concept and made the full-blown decision to change its course toward "A company that produces textiles with the maximum safety and the minimum environmental impact". When, eight years ago, the company started “cotton nouveau”, a lineup in which the unique characteristics of the year's cotton harvest could be enjoyed like wine, this seemed like a natural direction for the company to take. 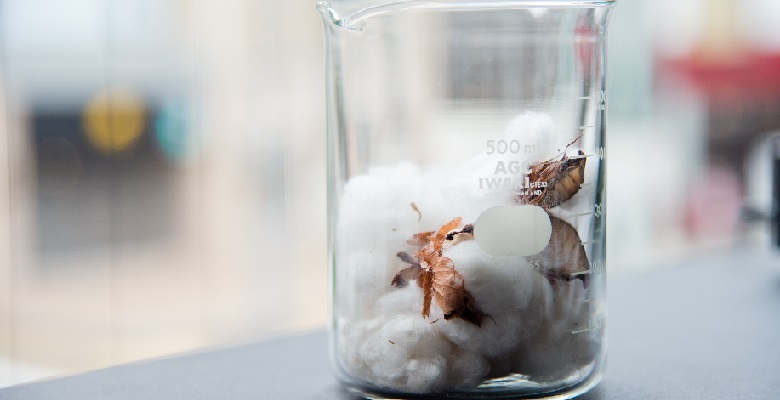 "We feel the value in the unevenness of the material's quality, which comes from them being plants. We enjoy the differences between each year while producing the products, from when the harvested cotton wool is produced into threads up to when it is weaved. The products now enjoy a deep-seated popularity, to the point where customers purchase them from us every year. 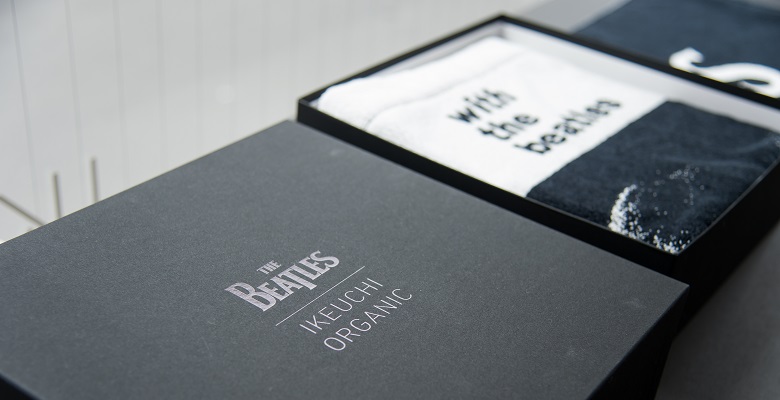 Recently, IKEUCHI ORGANIC has started actively collaborating with other companies’ products and are conveying the charm of their products to customers they have been unable to approach till now.

"We are careful about ‘not producing too much'. This is because it is clear that we need to move beyond the age of mass production and consumption. People ask us, 'Can you go on operating your business like that, even though you are a manufacturer?' Fortunately, however, there are still a lot of possibilities in the market for us.

There is still a lot of room for improvement with regard to IKEUCHI ORGANIC's visibility. Furthermore, if we can create a culture in which quality items are treated with care, then I believe that we can still satisfactorily continue our business despite the fact that our towels have high price ranges, even if we cannot rapidly expand at a rate of 200% or 300% as compared to the previous year". 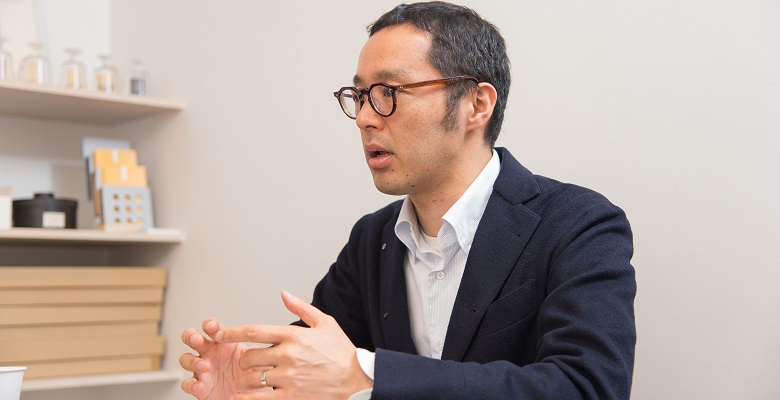 Similarly, there was also a large margin of growth in the overseas market for the company. The company wanted to convey the charm of IKEUCHI ORGANIC products to overseas markets, where they had not been able to promote their products on a grand scale until now, despite being valued early on for its initiative. Even though these were the thoughts of the company, they temporarily halted their plans to use "Alibaba.com".

There were concerns that overseas development was premature, as well as worries about assigning valuable human resources full-time responsibility for overseas services. We were told that careful discussions with the company staff at Alibaba were what led to the resumption of negotiations and the start of the company's use of Alibaba in December 2017.

"The company staff at Alibaba helped us consider what we could do to sell our products overseas, taking into account the circumstances in which we could not put a large amount of resources towards promotions. Instead of just calling it a day after we registered on their site, they frequently contacted and supported us.

Having networks in not just Asia but also in the various countries of Europe and America was quite appealing. If we are able to utilize networks that this company cannot construct by itself, then we will be contacted even if we just wait, and we will also be able to narrow down our targets and approach them ourselves." 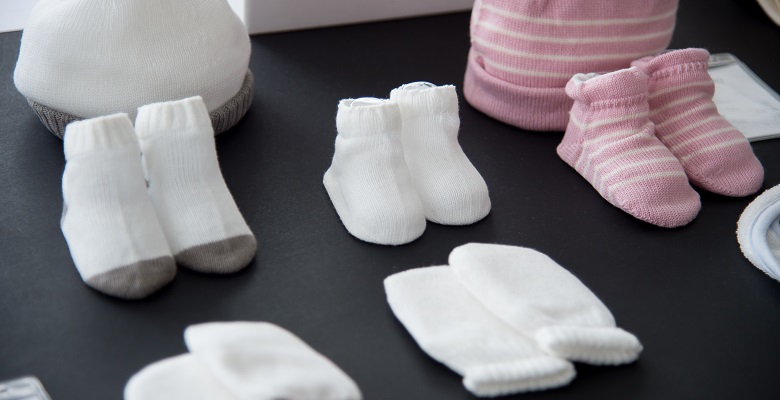 From now on, the company wants to strengthen their sales of baby supplies all over the world.

"Even if there are differences in culture, I think that the feeling to want to provide children with safety and comfort is the same everywhere around the world. Children experience ‘comfort’ through their skin more than adults do.

The memories of that comfort remain even after they become adults, and that is how they come devoted fans of our products. We would like to continue to increase the number of fans of our company's products going forward, over a long period of time".

IKEUCHI ORGANIC's products snuggling up close to people and richly enveloping their lives—it felt like such a scene would spread throughout the world in the not too distant future. 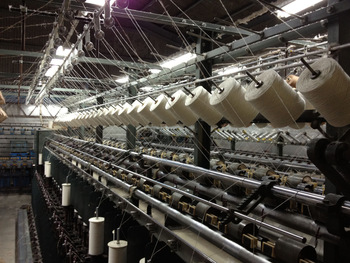 IKEUCHI ORGANIC is based in Imabari, Ehime, Japan. Imabari is in the southwest of Japan, and is very famous for towels, ''Imabari towel'' trademark.

There are about 120 companies that belong to Shikoku Towel Association who certifies ''Imabari Towel''. We, IKEUCHI ORGANIC is one of them.

We focus not only the quality but also our environment when manufacturing our towels.

Inquiries are received by E-mail/TEL/FAX.