Build Up CSS & Script
Build Up Menu
Follow us:

Success Stories
From educator to entrepreneur on Alibaba.com 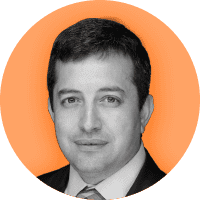 John Duman
Owner of CoreUS
"A professional service, like Alibaba.com Freight, is more appropriate for businesses like mine because the guidance and standards are set. You don’t have to worry about getting charged more or connecting freight forwarders with manufacturers — it’s all done for you."

John Duman decided to embark on an entrepreneurial journey after fifteen years in education. While it was hard to transition from the career he built, John was excited by the endless growth opportunities in ecommerce and being able to pursue success on his own terms. He opened CoreUS in Houston, TX in June 2018 and sold books online. This process helped John learn about private-labeling. He began selling his own products, like toys and centerpieces, the following year. John continued to learn more about private-labeling and he soon came across Alibaba.com.

As someone who started with little trade and ecommerce experience, John had a lot to learn. It's difficult for ecommerce retailers getting started to find the right supply, pay for it, and successfully ship it. That's why Alibaba.com appealed to John. He was able to use the communication tools and ratings on Alibaba.com to connect with a manufacturer that would create his products. Soon enough, an order was placed — but with logistics arranged by the supplier. This led to confusion and John unknowingly agreed to incoterms that didn’t meet his needs. The goods he  ordered got stuck at the port and John  had to figure out for himself what went wrong and how to get them to the final destination. John discovered  that “the manufacturer’s shipper is not responsible  to you and not reporting to you. So you wonder if they are looking for your interest first.”

John tried Alibaba.com Freight for his next shipment and couldn’t turn back. It was a more simple, transparent experience where he felt in control. It took the complications out of finding a freight forwarder and arranging his own international shipping.

The complications of his original order and ease of his second made John realize that “there are a lot of worries for small business owners. So if I can organize freight shipment professionally through Alibaba.com, it’s much better.” He plans to always use Alibaba.com Freight rather than attempting it on his own and has already placed another order using the service. While his shipments started small, John’s business continues to grow. He plans to order his first full container load (FCL) in a few months. CoreUS started with only one product. There are now five different products with 20 different listings. John is selling through major ecommerce retail platforms in the US and hired three part-time employees. He’s excited by his company’s growth and expects to hire full-time staff soon.