WE WANT TO PRESERVE
Japanese food culture and introduce the taste of
soup stock abroad.

"Soup stock" has been a mainstay of the diet of Japanese people. The "umami" contained in the stock is recognized worldwide as one of the five basic tastes, and the popularity of the stock is increasing, thanks in part to the Japanese food boom.

This time I will introduce Kobayashi Foods Co., Ltd., a company that produces dried bonito flakes that become the base of powdered soup stock. It is a company that was founded in 1982 in Yaizu, Shizuoka prefecture, one of the country’s leading areas for producing dried bonito.

The shipping destinations of processed bonito flakes and soup stock are food manufacturers and restaurants. When I ask for specific company names, I am surprised that it is used as an ingredient for the foods everyone in Japan must have eaten at least once.

"I believe we are the latest company in the industry. This is why we have constantly taken up challenges and have accumulated know-how in order to respond to customer requests. We also set great store by the sense of speed, and I believe that we have earned the trust from customers by properly managing stock quantities of products so that we can cope with sudden orders."

Those are the words of Mr. Daisuke Kobayashi, who has been serving as president of the company since 2011. At present, the number of customers exceeds 250 companies, and sales are expanding year by year due to the great trust earned from major food manufacturers. 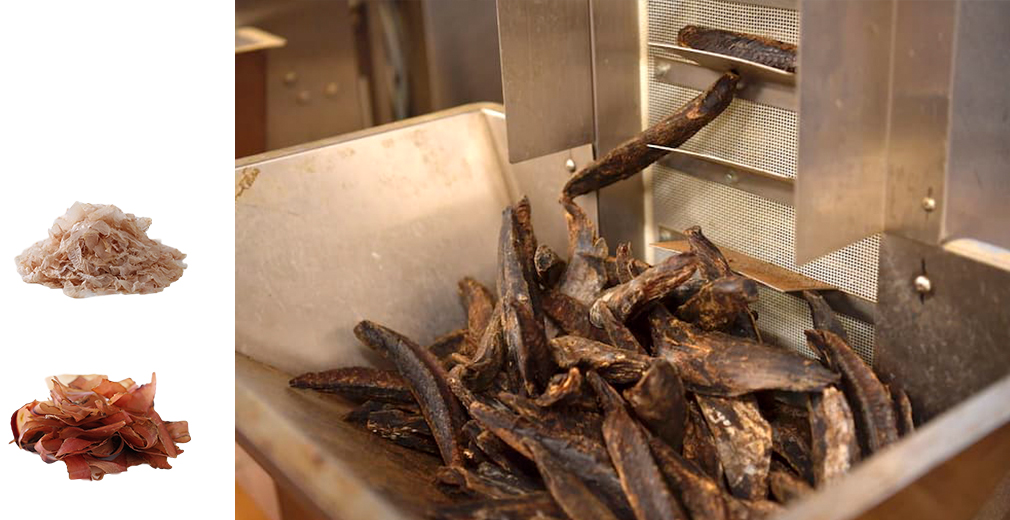 Before the interview, I went to the Tajiri plant at the headquarters of the company to observe the process of making the bonito flakes. Dried bonito that has been delivered from domestic and foreign bonito producers, including from Yaizu, Shizuoka prefecture, are kept in huge freezers.

Since the quality of the raw materials will differ depending on the season, source, and the nature of bonito itself, uniform management and processing is impossible and it is always a source of worry. 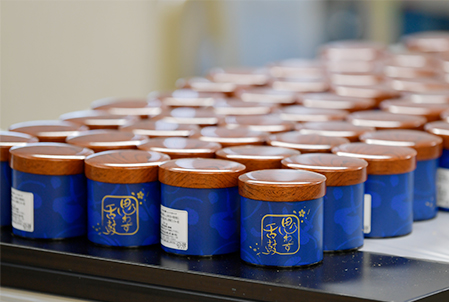 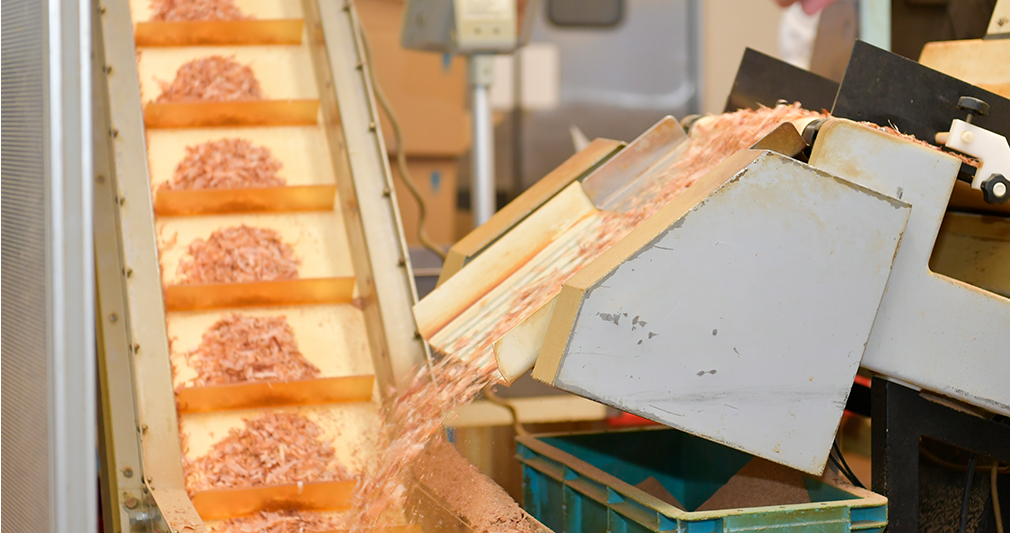 This is dry bonito that has sometimes been introduced as the "world’s hardest food." In order to be shaved and processed into so-called "dried bonito shavings," it goes through the process of being moistened and finally shaved.

They are shaved to the thinness as requested by customers, from 10 micron (1/100 of a millimeter) to 1 mm wide.

The dried bonito being smoothly processed as they go through a large machine is an impressive sight to behold.

"So far, we have made aggressive capital investment. We have built and rebuilt the factory 4 times in 35 years. Our company started when my father (the current chairman) left my uncle’s company to found his own company. The previous president enjoyed the patronage of major manufacturers right from the foundation. I think this is because we worked diligently to be able to respond to orders of large lots."

With a large number of large processing machines in place, the customizing power also led to the company’s increase in transactions.

"Food makers and restaurants always work on improving products. At such times, we can make new proposals to change the production areas of dried bonito, the thickness and shape it is shaved into, and even make soup stock in forms ranging from liquid to ordinary or ultrafine powder. In particular, product customization is mostly manual. It is a place where the craftsman’s intuition comes alive." 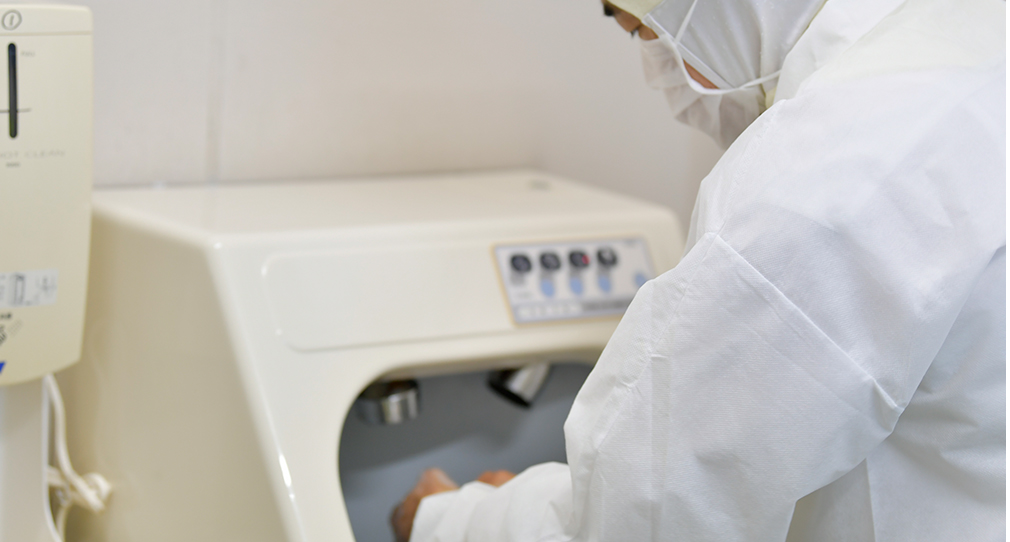 The impressive thing when I visited the factory was consideration for safety. All entrants wear white coats and hats and remove dust and hair with adhesive rollers.

After filling out an entrance check table, they go through an air shower and do thorough hand washing. The greatest possible care is taken to keep the inside of the factory germ-free.

Kobayashi Foods has received FSSC certification at the shaving division of the Tajiri plant. FSSC is the latest certification system that is attracting attention around the world. In addition to including a system called HACCP for making food safe, it also ensures the safety of environmental management. "As soon as we learned about FSSC, we began working toward certification and received the first certification in the industry in 2018. Food manufacturers and restaurants attach the utmost importance to food safety, because they are held responsible for food delivered to consumers. For example, regardless of whether soup stock for oden sold at a convenience store has been made by our company or not, for the final consumer it is just "convenience store oden," and the responsibility is borne by food manufacturers. It is only natural for the food producers closest to consumers to think that they can use only safe ingredients."

Kobayashi Foods has continued to respond to these challenges, which has resulted in its solid track record in the industry and has led to a further expansion in transactions.

Investment in employees for them to "live their lives conscientiously"

Investment at Kobayashi Foods is not limited to machinery and equipment. It is a big feature that they actively work on employee benefits and human resource development. The fact that they have implemented visual controls for employee treatment and monthly sales is just one example.

By visualizing salaries, employees can easily draw their life plans. As a result, they are able to live with peace of mind. In addition, they have created a mechanism for increasing employee motivation, such as raising salaries if employees verbalize and achieve company performance targets, and providing benefits according to the monthly target achievement situation. 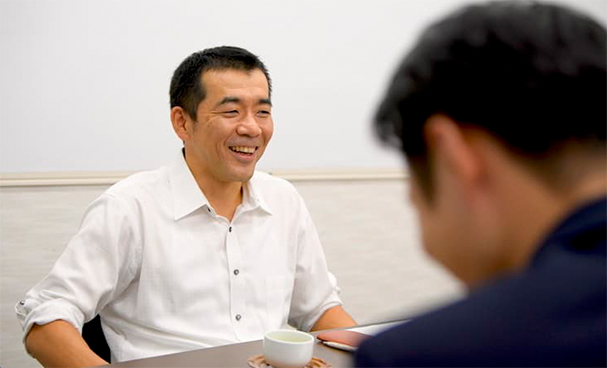 What President Kobayashi sets great store by is the attitude of "living one's life conscientiously." The president, who wishes employees to live their lives actively, has set up structures where they can attend various training courses, and offers many opportunities to learn. 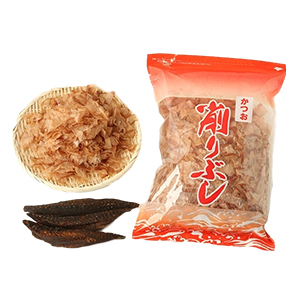 "Starting with this year, we will be inviting English teachers to the company, and have some of the employees take lessons. Until now, there have been employees who have experienced that they can only answer negatively to inquiries from overseas due to their inability to speak English, or that they cannot keep up a dialogue. They turn the regret that 'if we had been able to communicate in English, we might have brought our products to the world' into a desire to learn, and they work hard to achieve it.

I felt that the willingness to move forward was linked to the concept of "living conscientiously," mentioned by the president.

Bringing Japanese food to the world. A future where soup stock percolates into a world food.

Kobayashi Foods started using Alibaba in September 2016. They participated in a seminar to consider developing a sales channel to overseas markets, but they also felt the appeal of being able to trade directly without going through a trading company.

"Currently, our domestic business partners have increased to more than 250 companies, but half of them are transactions through trading companies. In such circumstances, there were cases where detailed parts could not be conveyed and there were lags in responses. Even in Japan, where the language and food culture are shared, there are discrepancies. Just the thought of going through the same process with overseas buyers is daunting. I think a buyer shown dried bonito for the first time by a person from a trading company will not even recognize it as food. ‘How do I use it? What is soup stock in the first place?’ These go to show that an explanation is in order, and this is precisely why we thought that the part conveying the appeal of dried bonito should not be left to others." 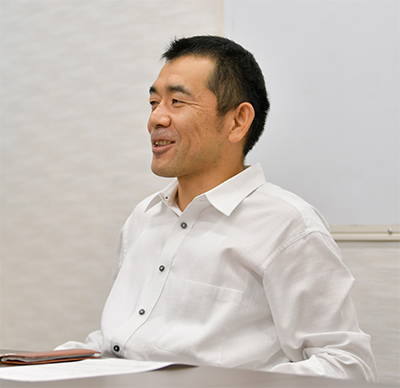 Since the company started using Alibaba, they report that there have been inquiries from all over the world, excluding Africa, and from a variety of customers, such as shops that offer Japanese food, trading companies, and individuals who want to start an independent business.

Their ability to respond to large lots has been highly valued by overseas customers. At the same time, as far as safety is concerned, their products are examined more strictly than for domestic consumers. By being certified by FSSC, they say they are able to speak to foreign partners on an equal footing as a company that has met the necessary standards.

President Kobayashi says that, first of all, he would like to sell to the Asian region, where the popularity of Japanese food is increasing.

"Actually, I am looking optimistically at the future of the business. 100 years ago, there were few people who ate pizza and pasta in Japan, but now they are very familiar foods. That is how much food culture can change. When compared to the past 100 years, exchanges between people have drastically progressed, and opportunities have increased to experience the food cultures of the world. I predict that Japanese food culture will also spread further, especially in the Asian region. When Japanese food culture delights people overseas and more authentic tastes come to be demanded, then it will be our turn to take the stage. In anticipation of the time when markets are open 5, 10 years from now, I would like to explore connections with overseas markets, and protect and prepare craftsmen making dried bonito and bonito flakes." That was President Kobayashi, who talked enthusiastically about creating a company that will last 500 years, protecting Japanese food culture, and bringing it to overseas markets. His eyes were looking straight, far away into the future. 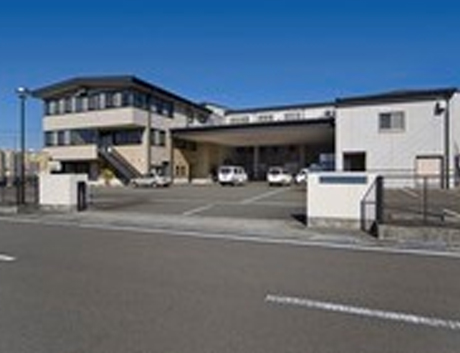 A company that produces dried bonito flakes that become the base of powdered soup stock.

It is a company that was founded in 1982 in Yaizu, Shizuoka prefecture, one of the country’s leading areas for producing dried bonito.

The shipping destinations of processed bonito flakes and soup stock are food manufacturers and restaurants.